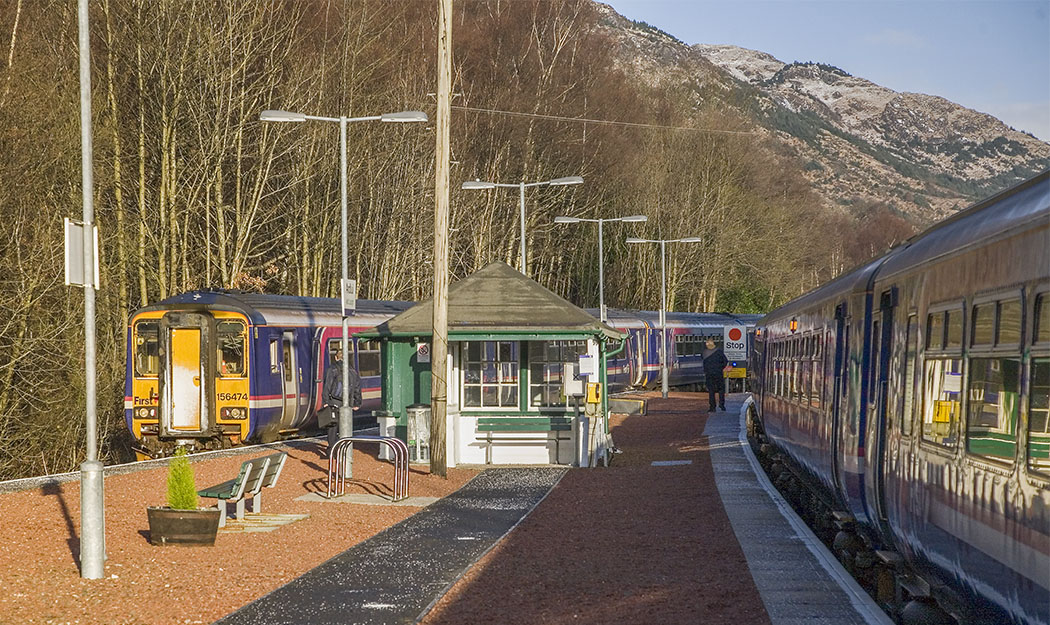 Ardlui (Ard Laoigh) is a hamlet at the north end of Loch Lomond, Britain’s largest freshwater loch. The station is across the busy A82 road from the hotel, holiday lodges and marina. The picture shows north and southbound trains crossing at Ardlui Station – a procedure which has been in place since the 100 mile-long main line was opened as a single track to Fort William in 1894. It is a scheduled stop for all trains, except the Caledonian Sleeper, which calls by request only.

Loch Lomond has two distinct parts, the wide southern end dotted with large islands and surrounded, for the most part by relatively lower farmland and the wide delta of the river Endrick.  At the narrow northern end the Loch is hemmed in by rugged mountains and Ardlui is located near where this narrow section of the loch ends. It is a spectacular location in a dramatic landscape with access to Ben Vorlich, which rises almost immediately behind Ardlui. The above picture shows the most northerly part of the loch. It has been taken from above ‘Pulpit Rock’ looking north to Stuckendroin farm and beyond to Ardlui. A service train can just be discerned on the extreme left of the picture, passing Stuckendroin, on its approach to Ardlui Station. 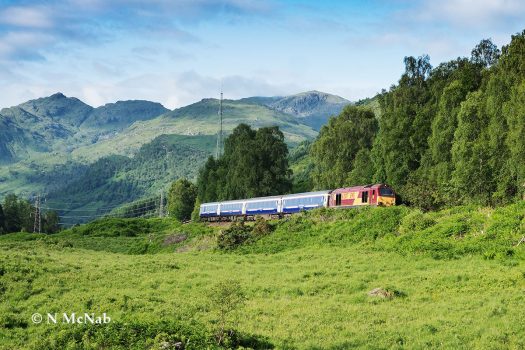 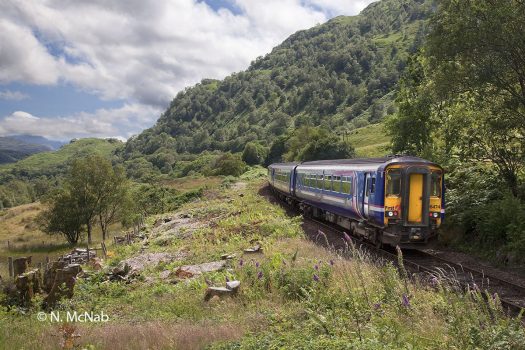 Oban to Glasgow Queen Street service passes Stuckendroin at the head of Loch Lomond and just South of Ardlui, July 2013.

A ferry service also enables access to the east side of the loch and access to Ben Lomond. The Ardlui Hotel and Marina provides a range of leisure opportunities to enjoy the Loch and surroundings. The entrance to Ardlui Station leads directly off the busy A82 road and great care is required since there is no pavement and the narrow road carries a high volume of traffic. It is necessary to cross the road to access a path on the far side which leads left to the Ardlui Hotel. 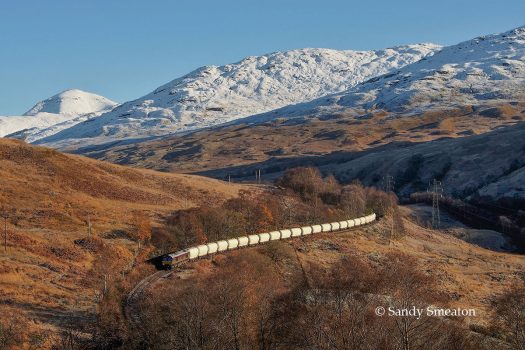 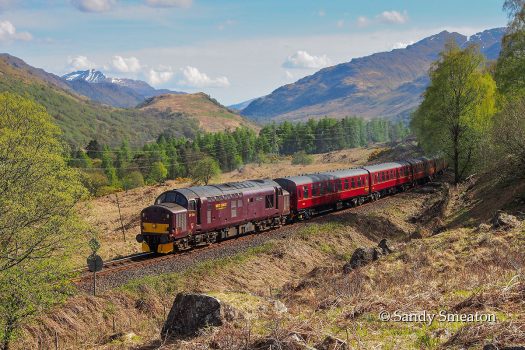 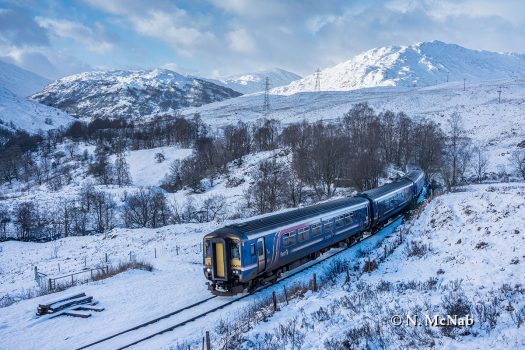 Oban train climbing up through Glen Falloch in January. 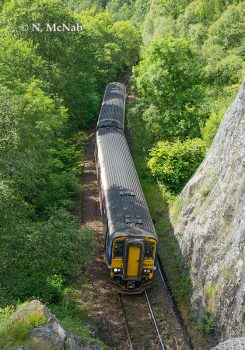 Glen Falloch is a narrow valley linking the top (northern end) of Loch Lomond to Crianlarich, a major communications hub in the Central Highlands. It follows the River Falloch which is spectacular when in spate and ‘The Falls of Falloch’ make a popular tourist attraction for road visitors. The railway assumes a higher position and rail travellers obtain a spectacular view, away above the road, as the train approaches the Glen Falloch Viaduct over the Dubh Eas (Black Water) which is a tributary of the River Falloch. The Dubh Eas has carved a deep ravine, so deep and sheer that the railway is almost as high above the foot of the ravine as the Forth Rail Bridge is above the Forth. 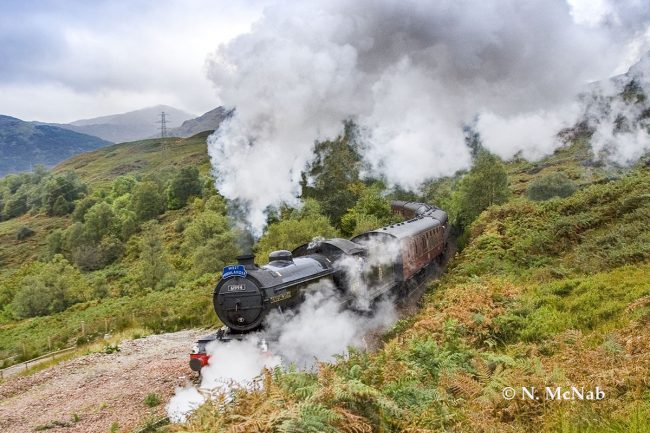 The K4, No. 61994 The Great Marquess, making a spirited climb up Glen Falloch from Ardlui to Crianlarich September 2009. Note the open cylinder draincock. Designed by Gresley specifically for the  the steep gradients, tight curves and limited allowable axle weight from Glasgow to Mallaig, the K4 has 3 cylinders, a 2-6-0 wheel arrangement, 200psi boiler and a 36,598lb tractive effort. It entered service in 1938 and is the only K4 in preservation. This was a steam charter for the Railway Touring Company’s ‘The West Highlander’ to Fort William. 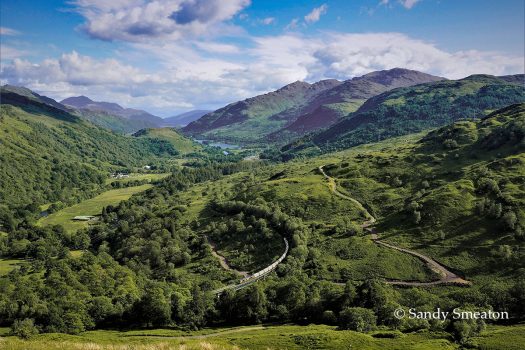 North-bound Class 66 passes over the Glen Falloch Viaduct with Alumina for the Fort William Smelter. The train runs from Blyth in Northumbria. At present this is the only scheduled freight on the line.