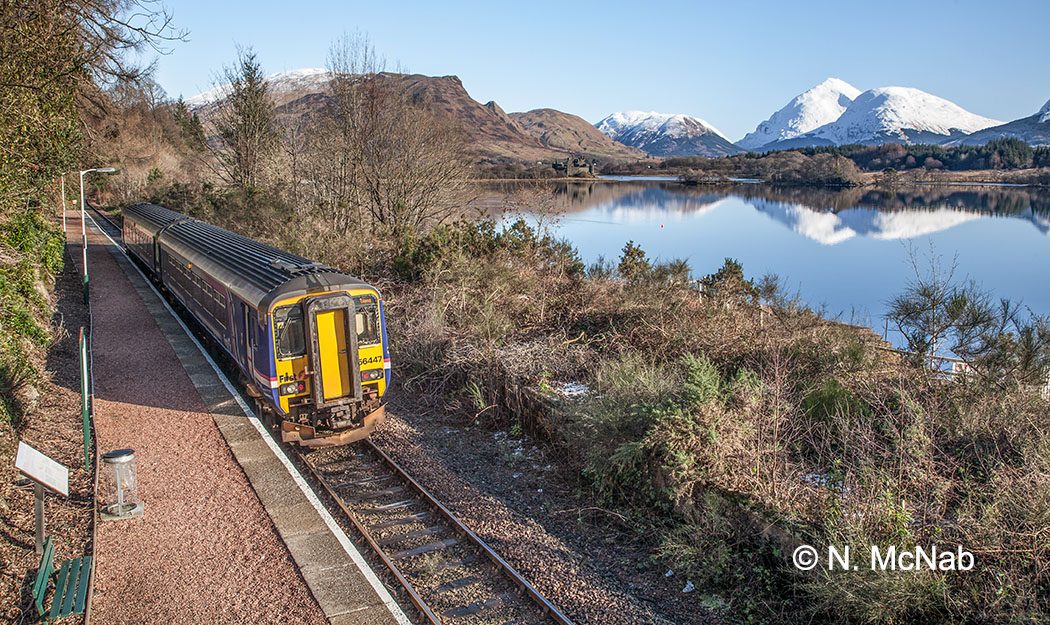 Loch Awe station is a wayside halt on the Oban line beside Loch Awe (Loch Obha). In the above picture an Oban to Glasgow train at Loch Awe station beside the loch with a snow-covered Ben Lui in the distance. In the middle distance the ruins of Kilchurn Castle can just be seen. Loch Awe is the longest freshwater loch in Scotland at 25.5 miles (41 km). 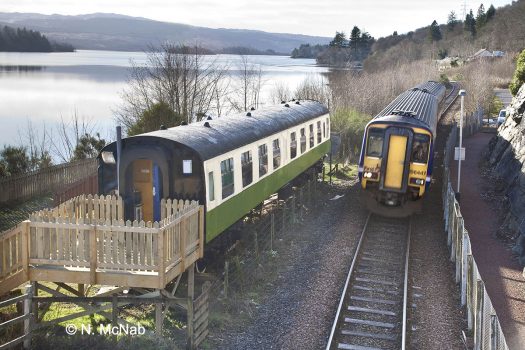 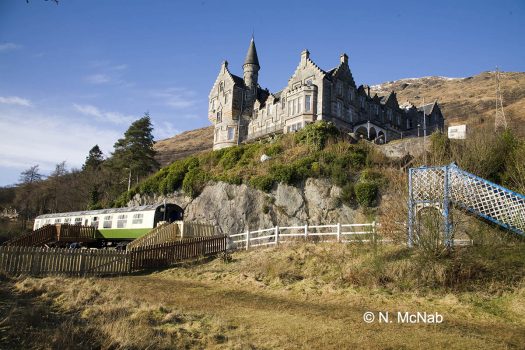 A luxurious camping coach(available to rent from the Caledonian Camping Coach Company) is located on the other side of the line from the single platform and the picture to the right  shows the location of the station and camping coach below the impressive Loch Awe Hotel now owned by Lochs & Glens Holidays, a coach tour company. 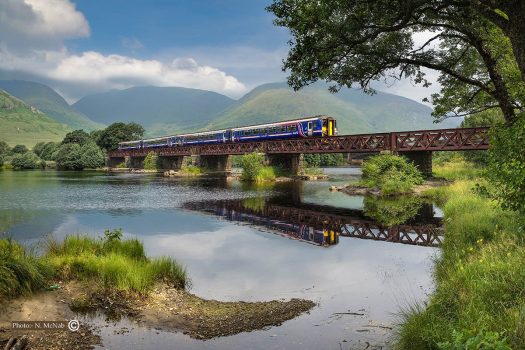 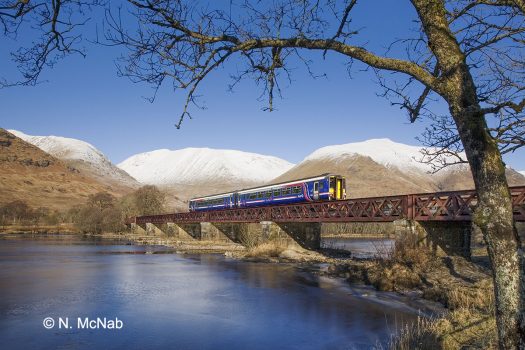 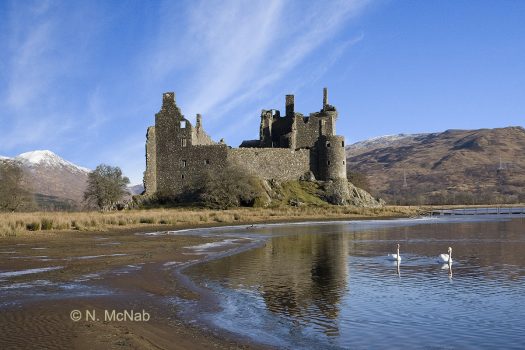 Kilchurn Castle is an example of the Clan Campbell’s fiefdom over the whole area. It was abandoned in the middle of the 18th century. Shortly after it was struck by lightning and from that time it was allowed to fall into ruin. It is now protected from further decay by Historic Scotland. For a fuller account of the history see the Heritage Site.  Click on the image to obtain a better appreciation of the castle and its scenic setting.