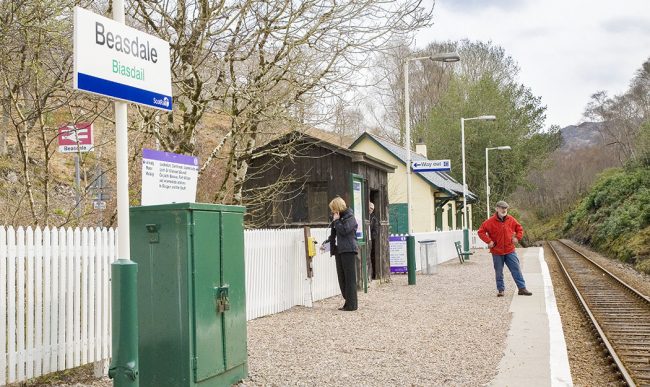 Beasdale is a request stop that was originally a private halt built to serve the nearby Arisaig House.  Its former station building is no longer in railway use but is maintained as a holiday home. Beasdale marks a reprieve for locomotives (particularly for driver and fireman in the days of steam power) because it marks a short level section after the gruelling 1 in 48,  mile and a half climb from the Loch nan Uamh viaduct. The power demand increased because the climb is made up of several reverse curves which add to the drag. This picture looks back towards the climb and the line can be seen dropping away beyond the platform.

Though just comprising a single platform in a dramatic woodland setting, there was a short goods siding at Beasdale until the late 1980s. 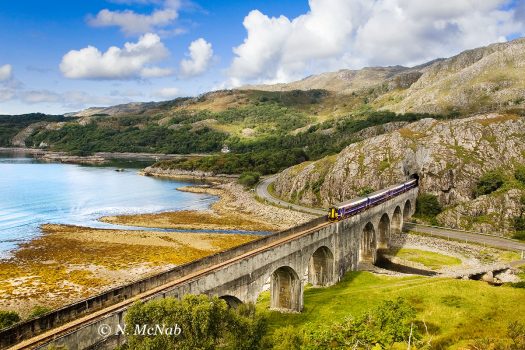 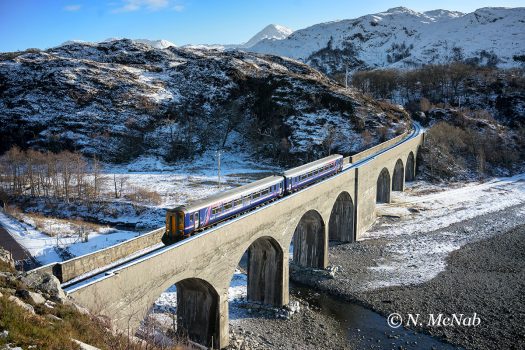 Glasgow – Mallaig service crosses the Loch nan Uamh Viaduct on a February afternoon. This viaduct is a much smaller example of the mass concrete construction used for the famous Glenfinnan Viaduct. 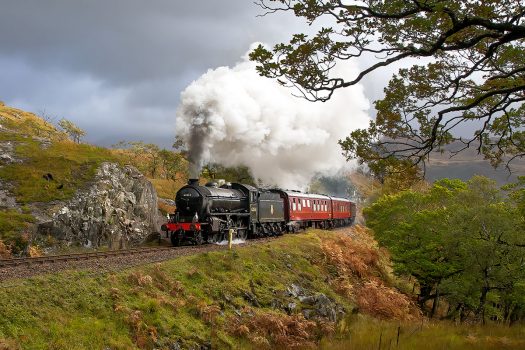 K1, 62034 on a special charter, emerges from tunnel 3 at Beasdale, on a stormy October day. 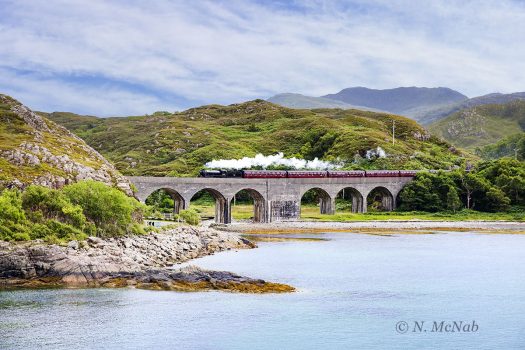 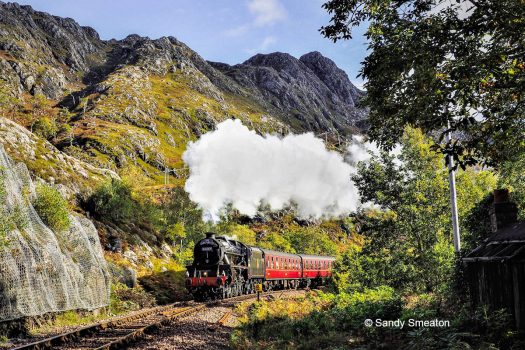 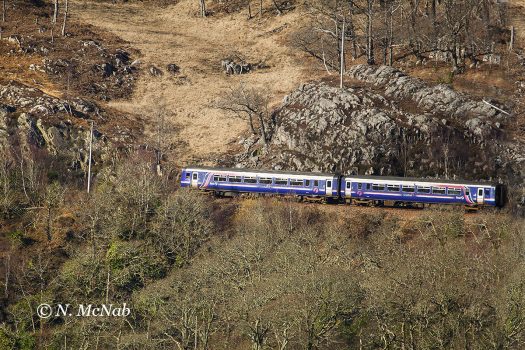 Afternoon Glasgow – Mallaig 156 DMU Climbs towards Beasdale thro’ rugged scenery. Click on the picture to obtain a wider view of the train in the rocky landscape. 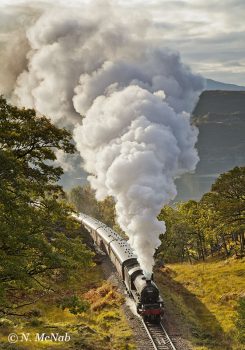 K4, ‘The Great Marquis’ working hard as it storms up the ‘Beasdale Bank’. No.61994 was a regular workhorse on the West Highland Line. Specially designed in pre-BR times for the Line it was formally numbered by the LNER as 3442.

A feature of this section of the line is the large stands of ancient Western Oak trees. Native remnants of the vast forests of oak which once clothed the hills on the west coast of Scotland. They may frustrate travellers who wish to view the scenery but for those who choose to travel by steam on the line, they will have the chance to admire the trees as they climb up through the woods with the sound of a hard working engine and the romantic sound of the engine’s whistle echoing round the surrounding mountains.