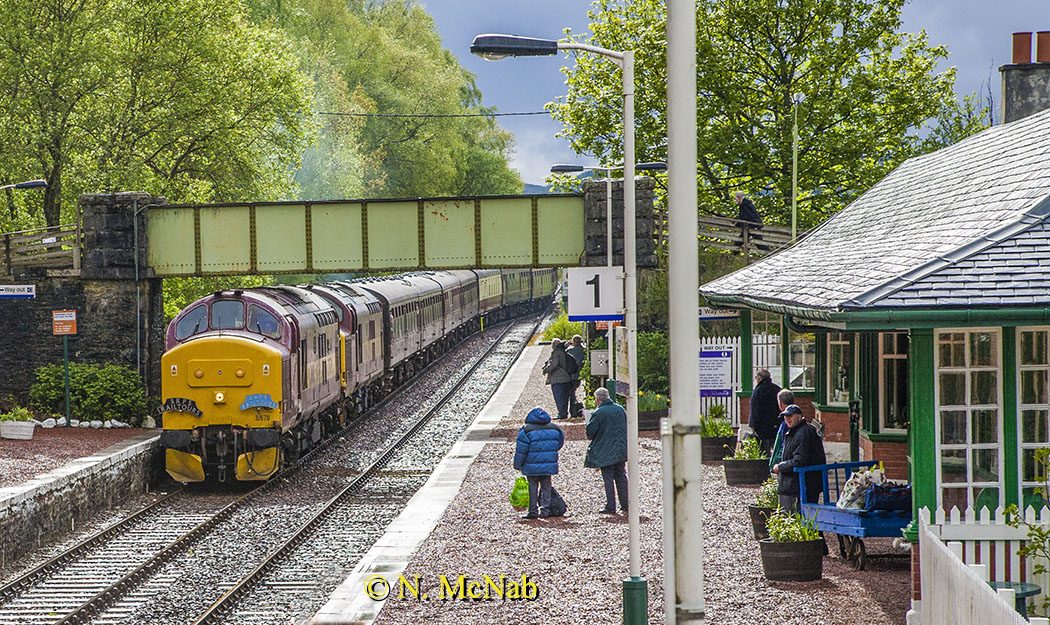 Spean Bridge (Drochaid an Aonachain) is a major village with hotels, bars, restaurants, and shops. The nearby Commando Monument commemorates the commandos who were trained in the area between 1942 and 1945. The village also stands at the junction where the A86 road to Kingussie and Aviemore meets the A82 Glasgow to Inverness road. The village is situated at the foot of the Grey Corries mountain range and is a good location for walkers to enjoy the impressive views of Aonach Mor, Carn Mor Dearg and the imposing north east face of Ben Nevis. The best viewpoint is from the Commando Monument.

Spean Bridge was the junction where the Invergarry & Fort August joined the West Highland Line. The Invergarry & Fort Augustus Line opened in 1903 and extended as far as a pier on Loch Ness. The Line had a brief history and closed to passenger traffic in 1933. It remained open for coal delivery and strategic requirements during the 2nd World War and finally closed in 1947. 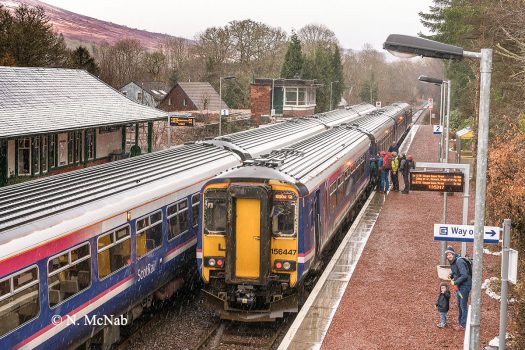 North and south bound services cross at Spean Bridge at 11.55 every day except Sundays. This picture taken on a cold sleety day in late March. 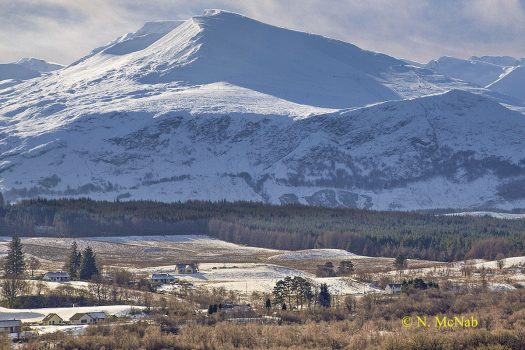 In this picture the outskirts of Spean Bridge with Aonach Mor behind. The railway runs parallel with the road fro Spean Bridge to Fort William but is rarely visible through the trees. Click on the image for a wider view.

Aonach Mor’s slopes are ideal for skiing and the ‘The Nevis Range‘ has been developed to exploit this natural asset. The mountain also offers many challenging mountain bike trails for enthusiasts after the snow season has finished. Click on the link above to find out more. The name ‘Nevis Range’ is a misnomer since the true Nevis range, including Britain’s highest mountain, Ben Nevis lies several miles west and another long ridge mountain, Carn Mor Dearg, lies between. The marketing people strike again! If you click on the picture of Aonach Mor you will see the complete range with Ben Nevis on the right and Carn Mor Dearg in between. 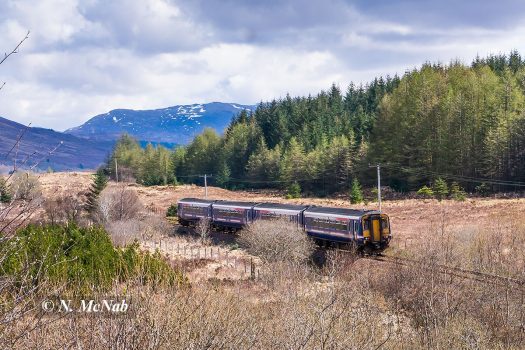 This train is Glasgow bound and is about 1km west of Spean Bridge Station, having left Fort William at 11.40hrs 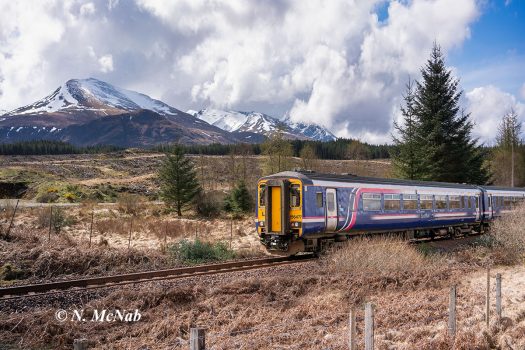 The rear of the Glasgow – Fort William & Mallaig train 2km west of Spean Bridge (where it crossed withe the southbound train opposite). Aonach Mor, Carn Mor Dearg and Ben Nevis behind.

Mark Fielding has captured the two images below at 09.30am in the summer. With a Fort William departure just before 20.00hrs, capturing the south bound sleeper is challenging outside the summer months. 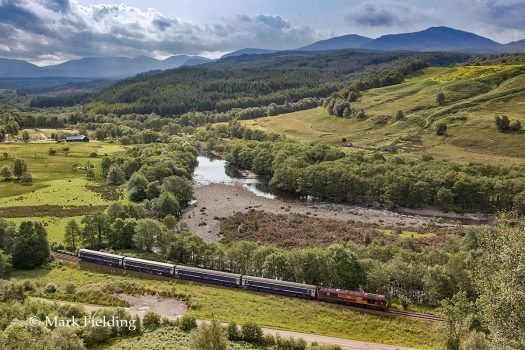 67004 takes the Edinburgh to Fort William portion of the overnight Sleeper through Glen Spean on the morning of 8th July 2011. 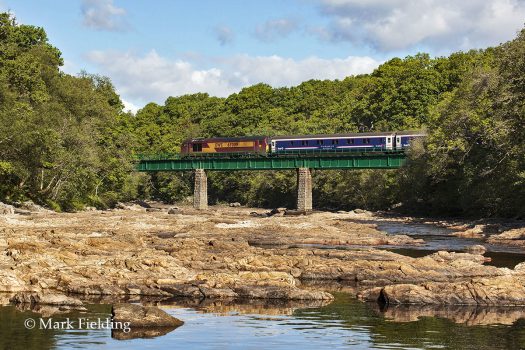