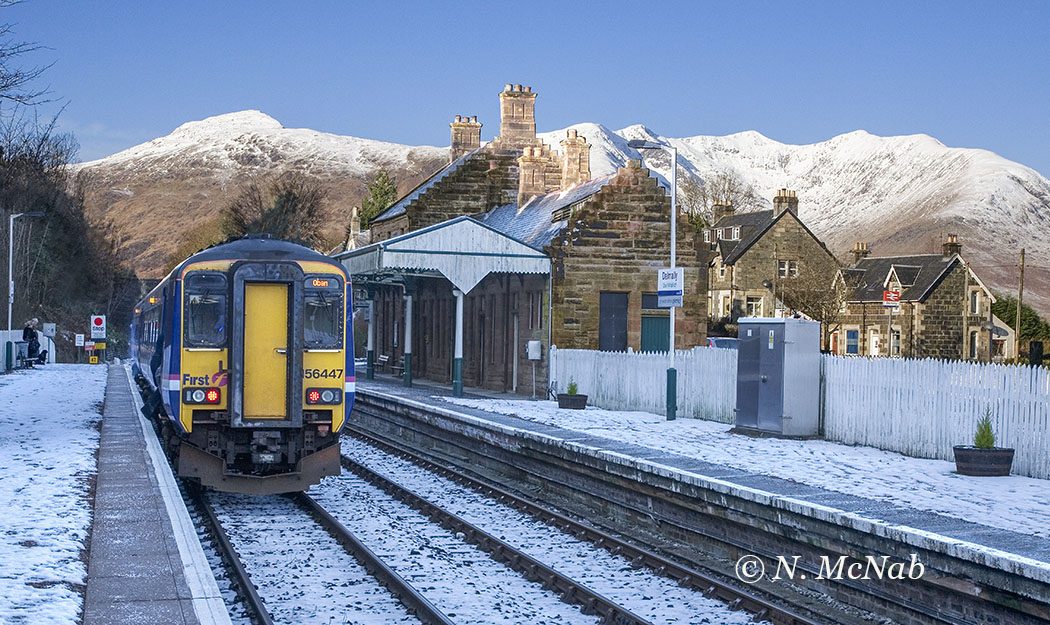 Dalmally (Dhail Mailaidh) is a village on the Oban line, between Tyndrum and Taynuilt. Located in Strath Orchy, it is ideally placed for exploring an area which includes the impressive mountains of Ben Lui and Ben Cruachan. In addition it is very close to beautiful Glen Orchy and the road which leads to Bridge of Orchy. Loch Awe is just along the A85 road to Oban and the whole area is full of historic castles, churches and connections to Scotland’s early Christian history. Glen Orchy Church, of unusual octagonal architecture and an interesting history is well worth visiting. There are many local forest walks and a nearby monument dedicated to Duncan Ban MacIntyre – the celebrated 18th Century Gaelic poet.

The village was the birthplace of the Rt Hon John Smith, leader of the Opposition in the Westminster Parliament from 1992 to 1994. A plaque marks his former house, Baddarroch, which is near the station.

The top image shows Dalmally station with a Glasgow-Oban train about to depart on a February morning. The station and canopy are the original Caledonian architecture dating back to when the line was opened as far as Dalmally in 1877. The mountains in the background form the eastern end of Ben Cruachan.  The station is privately owned and offers accommodation: Dalmally Railway Station. There is also a craft studio and hand-made teddy bear shop. Other accommodation and restaurants are available here 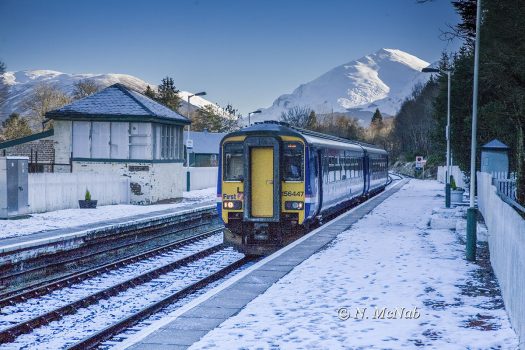 A view looking in the opposite direction from the top picture. The decommissioned Signal box on the down platform and Ben Lui in the background. 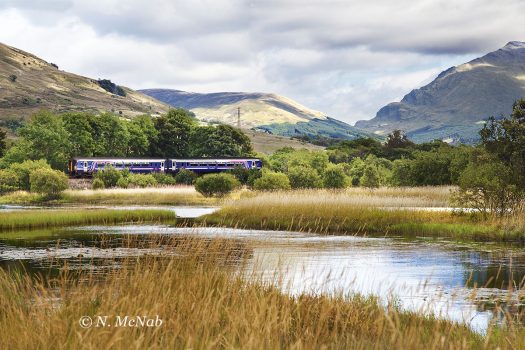 An Oban bound train passes the reedy waters at the head of Loch Awe 2.5km west of Dalmally. This is close to where the River Orchy flows into Loch Awe, the longest and third largest fresh water loch in Scotland. 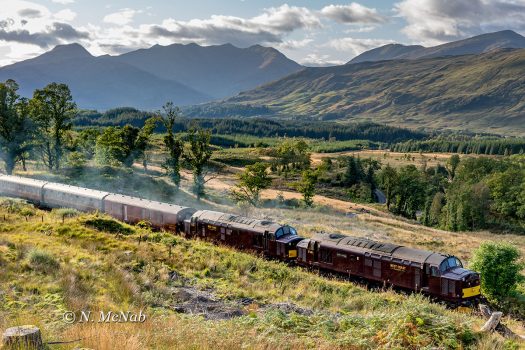 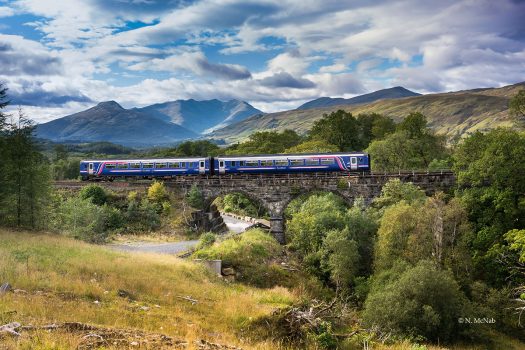 An afternoon in early September and the Oban – Glasgow train crosses the Succoth viaduct 5km east of Dalmally. Succoth is off the ‘beaten track’, although historically it was on a major drove road through the hills to Glen Falloch.

A Glasgow Oban service rattles down through Glen Lochy on a frosty November day. The train is approximately half way along the 12 miles of line between Tyndrum and Dalmally. A line which runs fairly close to the A85 – Oban road all the way through Glen Loch, apart from the 5 mile diversion via Succoth. 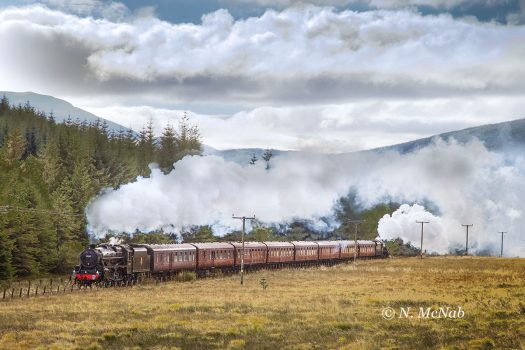 An unusual configuration – A charter steam train climbing up to Tyndrum from Oban. ‘Topped and tailed’ to comply with weight restrictions on the Oban line. 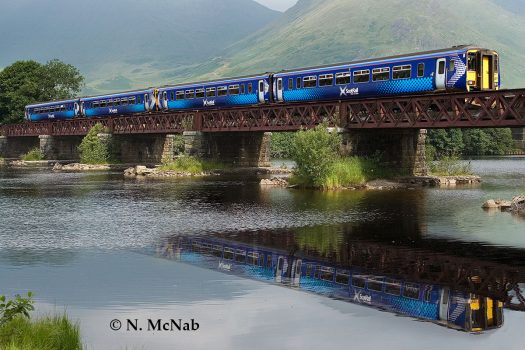 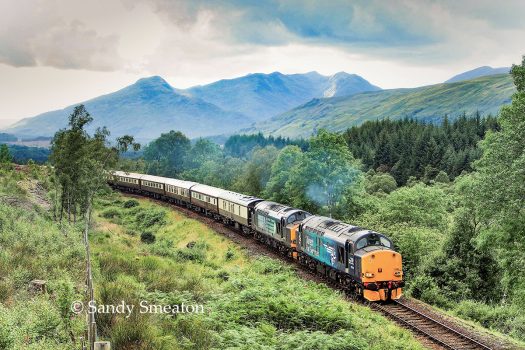 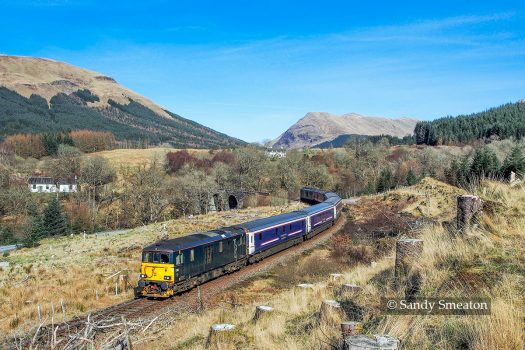 The Caledonian Sleeper at Succoth viaduct running to Oban in March 2017. A temporary rerouting from Fort William.