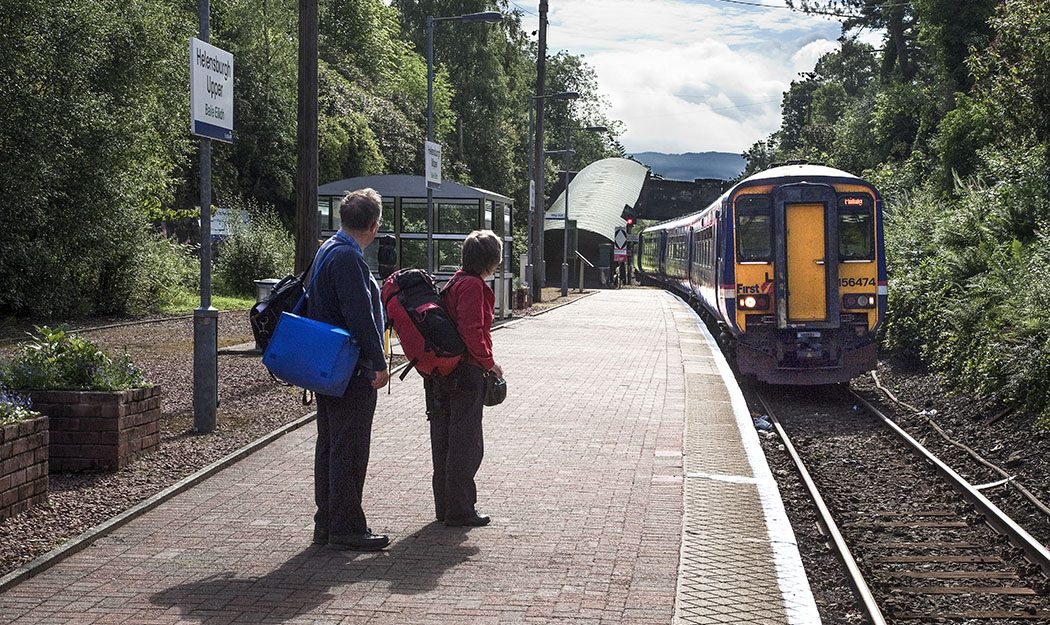 Helensburgh Upper is now the first station on the West Highland Line after it diverges from the electrified Glasgow suburban rail network.  Originally the line ‘officially’ started at Craigendoran Upper station which had an island platform until closure in 1964. 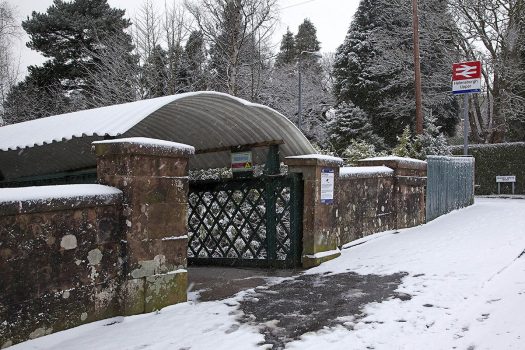 The entrance to Helensburgh Upper Station.

The Station has a very unprepossessing entrance and can be easily passed by people unaware of its existence below the main road.  It was originally an island platform with a substantial station building now all sadly swept away.

Helensburgh is the largest town in Argyll and Bute, and is situated on the north bank of the Firth of Clyde. The town has many facilities including a wide range of restaurants, shops, hotels and guest houses.   The National Trust Hill House, designed by the famous Glasgow architect Charles Rennie Mackintosh, is a five minute walk from Helensburgh Upper.

The town of Helensburgh, located on the north bank of the Firth of Clyde at the entrance to the Gare Loch, was founded in 1776 by Sir James Colquhoun of Luss and named in honour of his wife, Helen. The town is planned with a grid pattern of wide tree-lined streets.The first Provost of Helensburgh was Henry Bell, who introduced the first steamship in the world, the Comet, to sail from Glasgow to his hotel in Helensburgh. The Comet’s flywheel is on display on the East Bay promenade.

John Logie Baird, the inventor of television, was born in the town and is commemorated by a bust on the town’s seaside promenade. 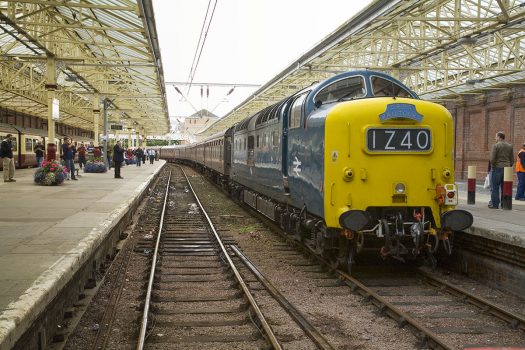 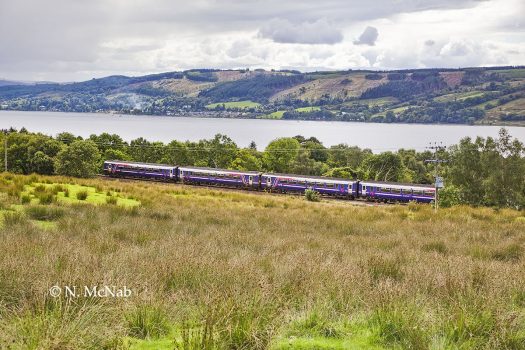 A southbound service near Shandon with the Gare Loch and the Roseneath Peninsula on the other side.

After leaving Helensburgh Upper the train takes approximately 12 minutes to pass along and above the Gare Loch to reach the next station at  Garelochhead.   This part of the line serves as an introduction to the West Highlands. Unfortunately much of the view is hidden by large stands of mature trees.

The line passes above the Gare Loch and the intermediate residential areas of Rhu and Shandon and the Faslane Submarine base before it reaches Garelochhead. 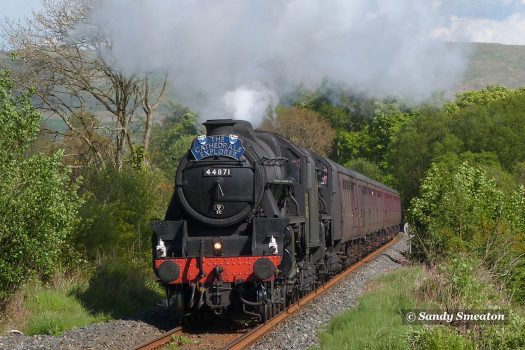 When the line was built it was intended to capture passengers from Rhu and Shandon, as at the end of the 19th century this was a popular area of residence for the wealthy Glasgow industrialists to set up home. The advent of motoring opportunities for the wealthy, and their reluctance to climb from the shore line to the stations at Rhu & Shandon, resulted in these stations being demolished. There are local overtures to investigate building small ‘Halts’ at Rhu and Shandon again for commuters as well as a station to serve the submarine base as moves are taken to discourage private car use.