The station (picture above) is named Connel Ferry, though the ferry was replaced by a large cantilever bridge across Loch Etive in 1903 when the branch line from Connel to Ballachulish was opened by the Caledonian Railway. The branch closed in 1966 but the bridge is still used by road traffic. See picture below. 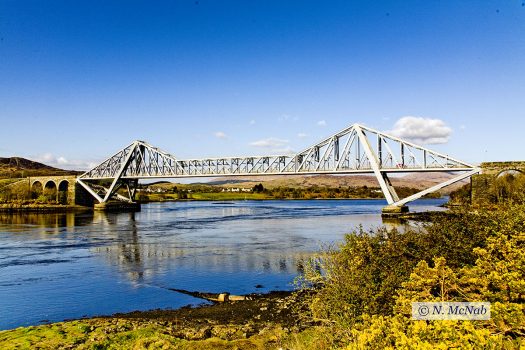 Connel Ferry Bridge originally built for the branch line to Ballachulish and retained as a road bridge. 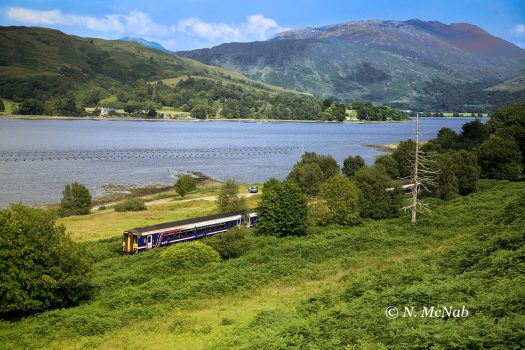 Connel (A’Chonghail) is a substantial village on the Oban line approximately 5 miles outside Oban. It lies on Loch Etive beside the impressive Falls of Lora, which is a strong tidal cascade where Loch Etive joins the Firth of Lorn. The strong current is impressive at spring tides, the effect enhanced as the volume of water is forced over a rock shelf, and can be viewed from both sides of the water and the bridge.

Connel is well provided with interest.  Oban Airport is located immediately over the bridge in North Connel and Dunstaffnage Marine Centre and Yacht Marina is located within 3 miles. The area has beautiful views out to the Firth of Lorn and the islands, places of historic interest and many facilities for accommodation and dining.