Gorton is not a station on the line and never was available for public use. It is situated half way between Bridge of Orchy and Rannoch stations. It is a remote location with a passing loop which originally housed a signal box and accommodation for the signal man and his family. Employees were forbidden from letting down or taking up passengers. The penalty for failure to adhere to this regulation was dismissal. A condition imposed by the landowner when the railway company sought permission to build the line. The signal box and buildings were demolished following closure when the staffed facility was no longer required. All that remains is the passing loop, the controlling ground frames, and containerised basic facilities for Network Rail/contractor use. Access to Gorton involves a considerable treck of some 14km from Achallader Farm or a similar distance from Rannoch. It is a wild and remote place. Situated at 1100ft above sea level, in winter it can be a grim place and it must have required real grit for the family who lived here. Fresh water and coal was delivered by train and lighting by paraffin. Provisions involved travelling 40miles on the train to Fort William. In winter when the line was blocked it would have involved real hardship. The above picture is looking south.

A sense of the wild open space can be obtained from the images below. Passengers on the sleeper will awaken to an amazing contrast to the busy London metropolis they left the evening before. 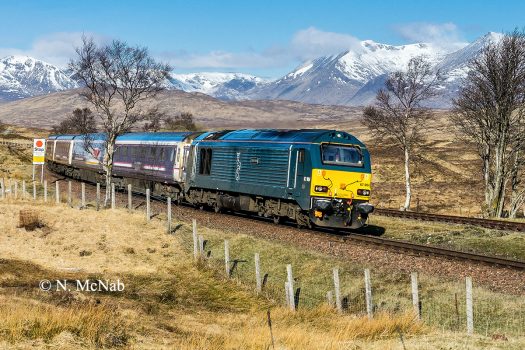 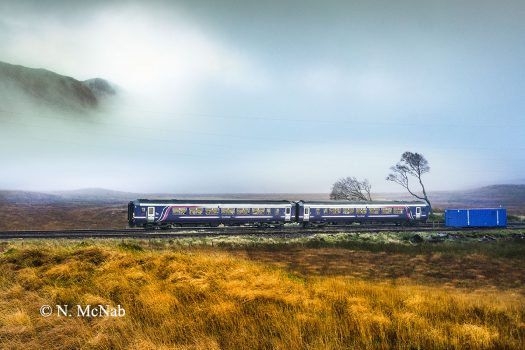 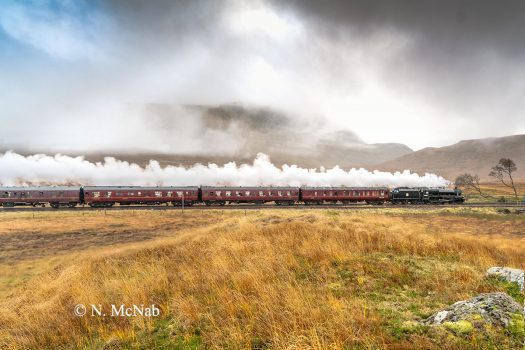 The area around Gorton is very challenging to get to. Not only is it remote from public highways but the ground is very wet with thick bogs, deep pools of water, rivers and streams which can rise in sudden spates. There is no shelter either in this open landscape and very few trees until the forest plantations are reached on the Rannoch side of the line, further west.  In spite of this it has a bleak beauty and in all but mid winter the mosses, grasses and wild flowers can provide subtle and varied palettes of colour. All round the distant mountains act as a frame to the scene and the large herds of deer roam. In Autumn, the rutting season, the air is full of the roar of the stags. Rail travellers have the unique privilege of passing through this landscape in comfort.