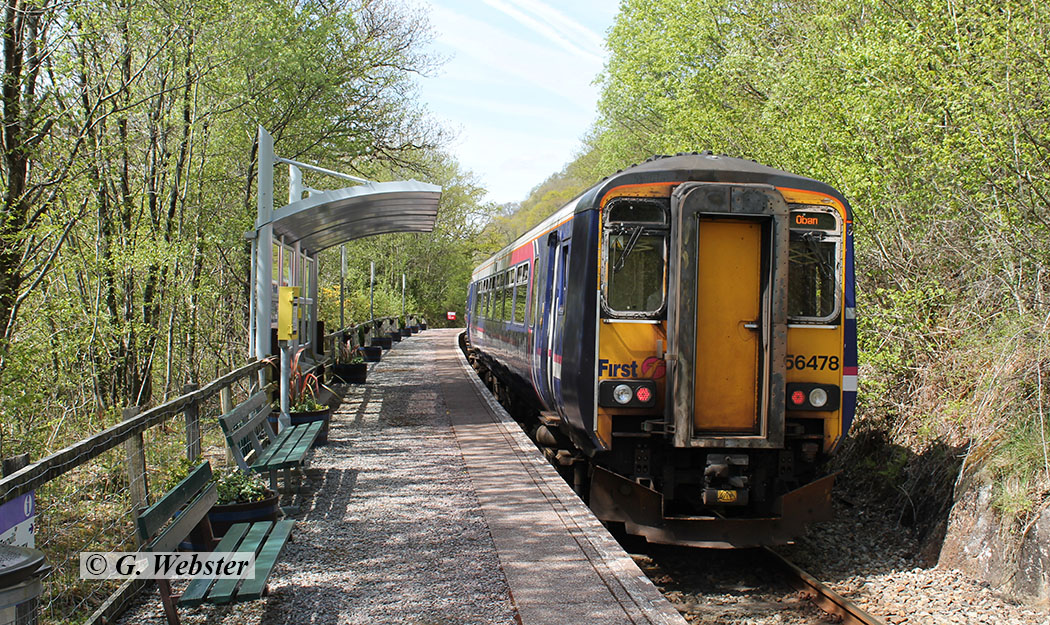 A week after the start of the summer season and the Glasgow – Oban services passes through the simple halt of ‘Cruachan Falls Station’. A time when the bare trees suddenly come to life in the fresh green of spring. 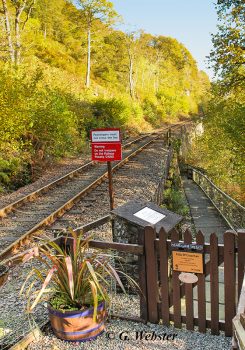 Falls of Cruachan is a summer-only request stop on Loch Awe (Loch Obha) at the foot of Ben Cruachan. It is located close to the entrance to Scottish Power’s Cruachan Power station which is built deep inside the mountain. Cruachan Power Station is a hydro pump storage power station where surplus electrical energy is used to pump water, using reversable turbines, from Loch Awe to a reservoir high up on Ben Cruachan. At times of high electrical demand this water flows back through the turbines to generate electricity. Visitors can alight at this station and enjoy an organised tour to the turbine hall and an interesting lecture about the Power Station. The station is located just above Loch Awe and the main road to Oban at one of the deepest parts of the loch. However in summer when the native oak trees are in leaf not much can be seen of the surrounding scenery – an excellent reason for choosing to alight here to take in the scenery and visit the power station too. 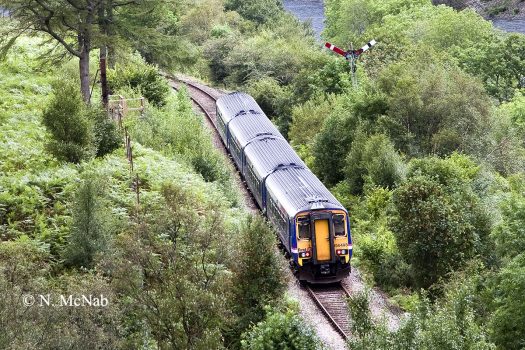 The picture shows the Oban train passing through the narrow Pass of Brander just beyond the Falls of Cruachan station. The semaphore signals are unusual. There are 17 in total connected to trip wires which extends along this stretch of line. The signals are held in the ‘up’ position and fall to the horizontal position if there is a rock fall which is detected by the tensioned trip wires. The safety feature is referred to as Anderson’s Piano after the inventor, John Anderson, a director of the original Callander & Oban Railway which opened to Oban in 1880. In 2021 the Friends sponsored a National Transport Trust “Red Wheel” to commemorate the feature.