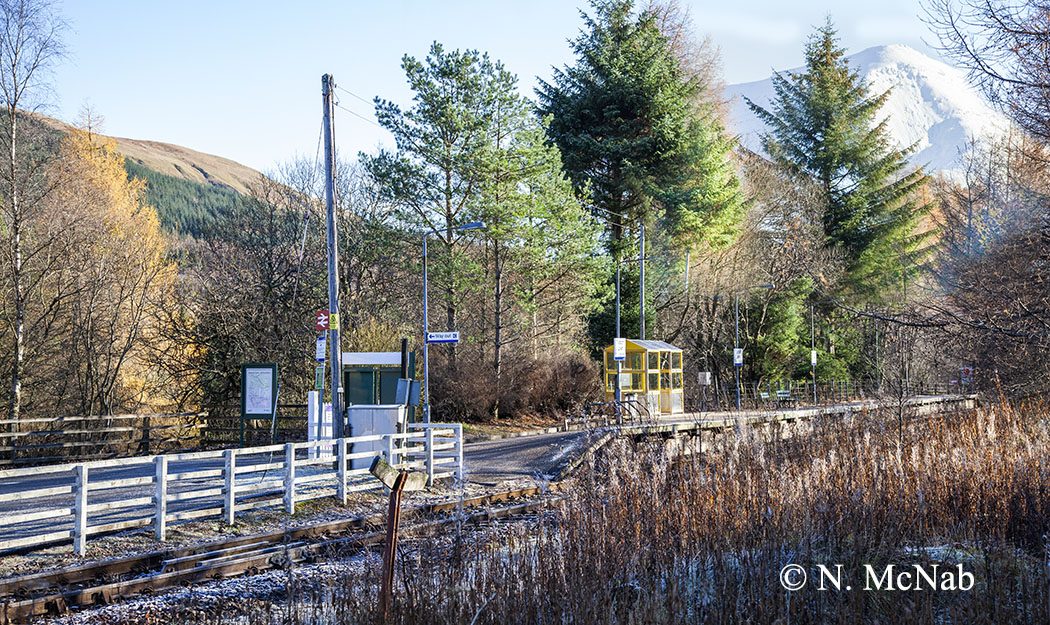 Tyndrum is a small village which has developed as a popular tourist stop because of its strategic position where the road to Oban branches off the A82 Glasgow to Inverness trunk road. It is also unusual, for such a small community, to be provided with two rail Stations (Tyndrum Lower) as depicted here, on the Oban line and (Upper Tyndrum) which is located on the Fort William and Mallaig line. For this reason there are plenty of cafes, restaurants, shops, bars, hotel, campsite, bunkhouse and bed and breakfasts. Tyndrum Lower station is an unstaffed halt and is located on the south west corner of the village, whereas Upper Tyndrum is a station built in the traditional West Highland Line ‘Swiss Chalet’ style. It too is unstaffed and only infrequently used for arrivals because of its location high above the village with access via a steep and narrow road.

Gold is mined at Cononish, two miles from the village. 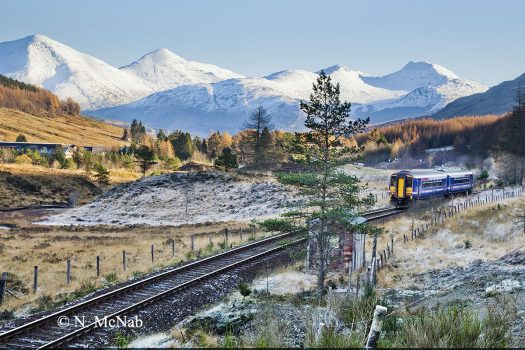 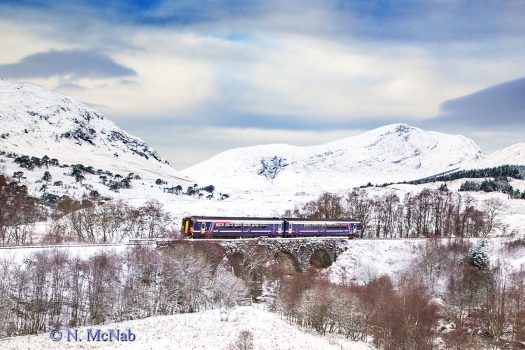 Glasgow to Oban Class 156 DMU crosses the River Cononish on 23rd December 2009.  The mountain behind is ‘Beinn Chuirn’. 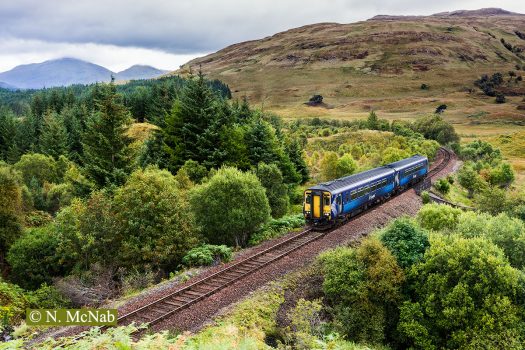 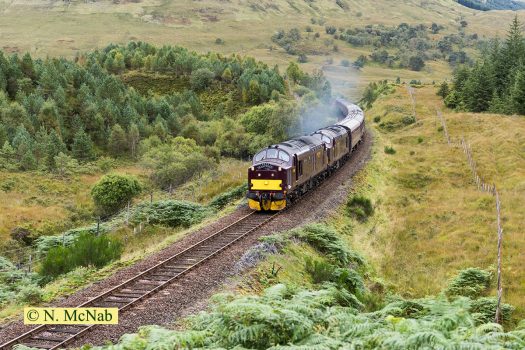 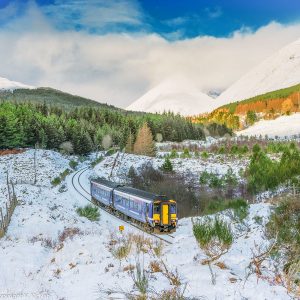 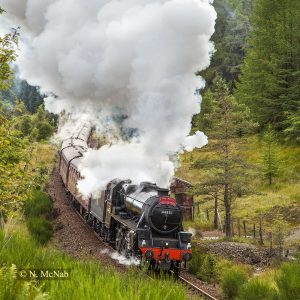 Special Charter headed by Black 5, 44871 charges up the incline north of Tyndrum to the line summit.

The Line to Oban sometimes is often overlooked, compared with the scenery on the line to Fort William and Mallaig, but it shares the first part of both and, although shorter, is every bit the equal. It also makes for a more practical day return trip to Oban, particularly with young children, and leaves plenty time to enjoy a day in Oban. There is plenty to see and do in Oban, with even time for a sale to the island of Mull and back.