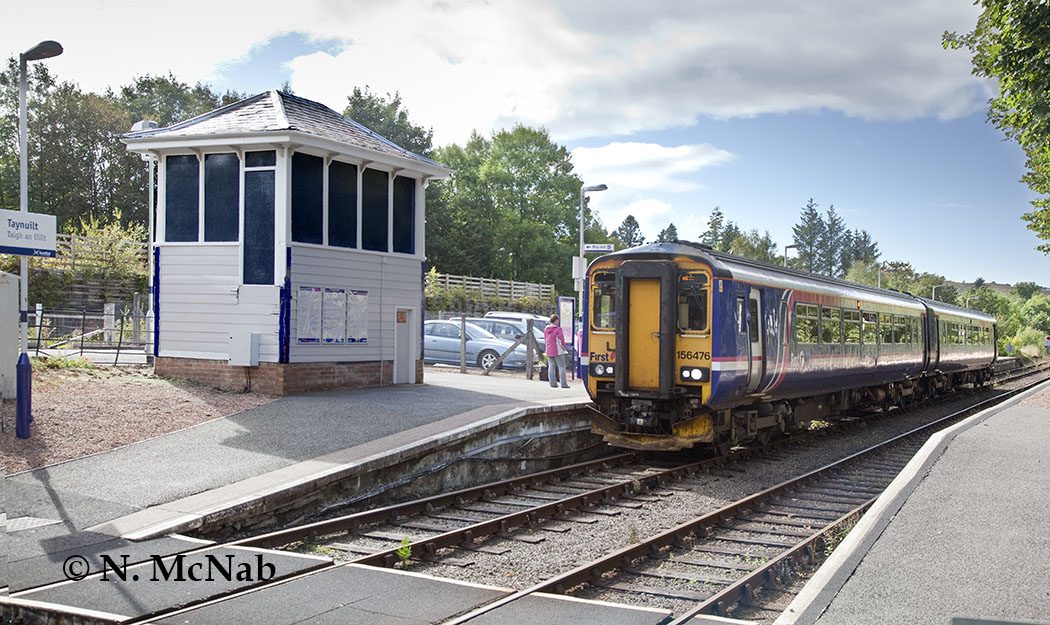 Taynuilt (Taigh-an-Uillt) is a large village near Loch Etive, a sea loch extending into the mountains of Argyll. The village has accommodation (although sadly the Taynuilt Inn burnt down September 2021) restaurants and some local shops as well as a 9-hole golf course overlooking Loch Etive. Summer cruises are available on the loch from a pier a few minutes walk from the station. Taynuilt is also an excellent centre for exploring the area around Loch Awe and for climbing Ben Cruachan, one of Scotland’s best known mountains. A mountain made of granite with several tops, the most westerly of which is closest to Taynuilt and is known as the ‘Taynuilt Peak’. Ben Cruachan is also well known for its high lochan (lake) which acts as a reservoir to generate hydro electricity. Click here for more details and here to request a tour. 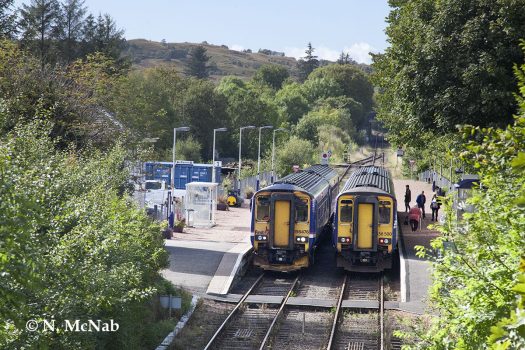 The original 1880 timber-built station building, which stood on the left hand side was an impressive listed building structure. Unfortunately it burnt down some years ago just as it was in the process of receiving grant funding to preserve it. The signal box, although timber, was not the original. It ceased to be used with the introduction of RETB train control in 1988. Although disused and having the external steps and balcony removed it has been refurbished. It is now located at the east end of the platform on the up loop. It is hidden by the trees in this picture but is clearly seen in the top picture. 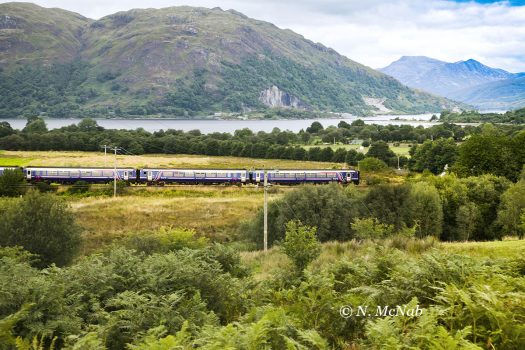 The picture shows an Oban – Glasgow summer service train approaching Taynuilt. The Bonawe quarry is on the left on the other side of Loch Etive. Behind, the most southerly of the Etive Mountains, Beinn nan Aighenan (Hill of the Hinds).

Surprisingly Taynuilt was an early entry into the ‘Industrial Revolution’. The nearby Bonawe Iron Furnace, opened in 1753 and closed in 1876. It is a tourist attraction maintained by Historic Scotland and is situated just to the north of the village. Iron ore was shipped to the Loch Etive based furnace all the way from Cumbria. This may seem surprising but it was the large reservoir of available timber throughout Argyll which attracted the English owners. Wood was required in great quantity for conversion to the charcoal which the furnace required. The iron produced was then shipped all the way back to England. 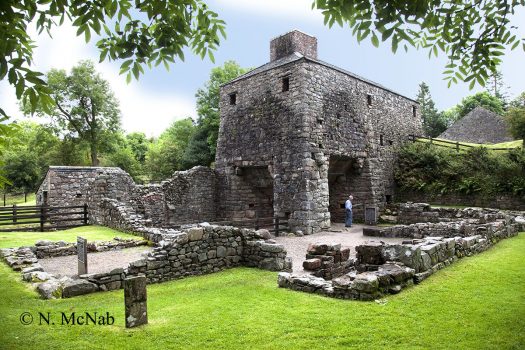 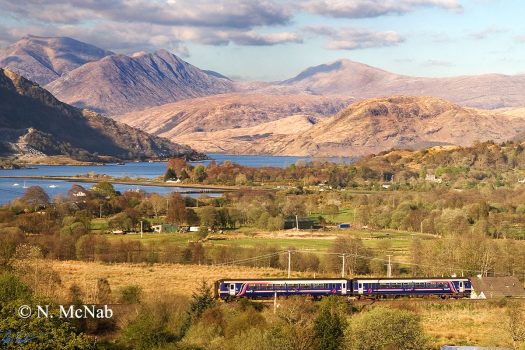 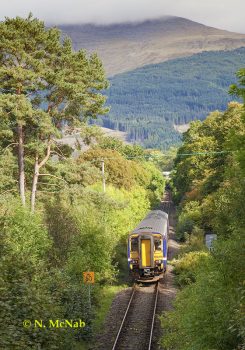 A two-coach Class156 ScotRail service on approach to Taynuilt Station. The train has descended from Loch Awe, passing through the Pass of Brander, along the foot of Ben Cruachan. The picture below is a view of Ben Cruachan from the south. The railway runs so close to the steep sides that only the lower slopes are seen from the train. The slopes are subject to rock falls and safe passage is provided by trip wires (Refer to the ‘Falls of Cruachan Station’ for more information).