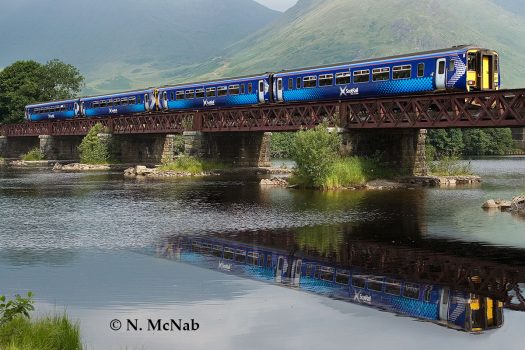 The Scottish Government announced in December 2019 that the current operator of Scotland’s Railway is to have its contract ceased by early 2022.

The Friends of the West Highland Lines are committed to promotion and protection of the lines serving the West Highlands and are well aware and disappointed that many of the promised improvements, as a preface to the current franchise, have not materialised. It is not our Society’s position to take a ‘political’ stance in this matter, nevertheless we are concerned that there is a positive outcome and we will monitor and comment as more information becomes available. Clearly the rail industry is challenged on many fronts: structurally, historic lack of investment and the increasingly violent weather undermining the infrastructure, to name a few. Those that work for Network Rail and ScotRail are frequently subjected to criticism which is ill-informed and demoralising. The Society recognises the support and enthusiasm of everyone concerned with the operation and maintenance of the West Highland Lines and hopes that this announcement is a precursor to a thorough evaluation of how ScotRail, whoever operates it, can make a better contribution to Scotland’s prosperity and quality of life, while at the same time making a positive contribution to reducing CO2 emissions. This can only be achieved if investment in rail travel, people and freight, is greatly enhanced in relation to current expenditure on roads.