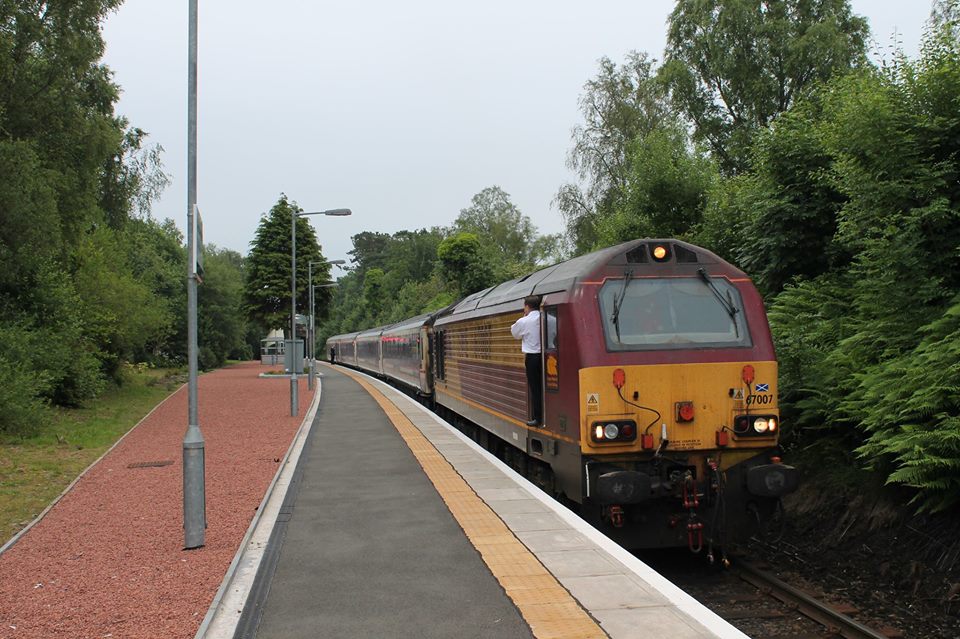 Friends of the West Highland Lines would like to clarify current ticketing arrangements for the seated section of the Fort William-London Euston Caledonian Sleeper. On 1 April this year, Serco took over operation of the train from ScotRail and have since launched their new brand complete with a new website. While ScotRail still sells tickets for all trains running across the country – including those by other operators – unfortunately the sleeper is no longer listed on the journey planner on ScotRail’s website.

To any prospective passenger, this gives the impression that the sleeper does not even exist, at least as a seated passenger service between Edinburgh and Fort William. However, we would like to make it clear that it very much does exist! As previously under ScotRail, passengers can continue to use it as an ordinary day service anywhere along the West Highland section. Ordinary valid tickets, whether purchased from a ScotRail ticket office or their website, will still be accepted and the on-train guard can also sell tickets to those boarding at stations without ticket issuing facilities. While reservations are encouraged, those without are still accepted space permitting.

Highland Railcards (which allow 50% off rail travel for those living in selected postcodes along the West Highland Lines) are also still valid on the sleeper’s seated coach. Those journeying overnight to and from England – either as a sleeper or seated coach passenger – can make bookings on the Serco Caledonian Sleeper website (www.sleeper.scot).

As visitors to our 2015 AGM will be aware, the FWHL committee is extremely concerned at the lack of information about ticketing for the sleeper, or more specifically the misinformation coming from the ScotRail website. The train makes up a quarter of the Glasgow-Fort William line’s daily services in either direction and is very well-used by locals, hillwalkers and tourists alike. As it does not even appear on ScotRail’s journey planner, this causes unnecessary confusion for the public and could be very damaging for patronage on the railway in the future, especially bearing in mind that the Fort William sleeper has been threatened with withdrawal more than once in the past.

The FWHL believe that resolving this ticketing problem is a matter of great urgency and as a result the committee has contacted Abellio ScotRail to raise our concerns. In the meantime any passengers wishing to make reservations on the train between Edinburgh Waverley and Fort William can do so at either of these two stations’ ticket offices or online courtesy of Great Western Railways (GWR), who are one of the few train operating companies currently making this available (www.gwr.com).